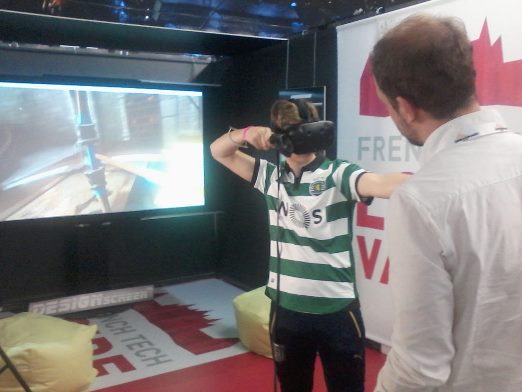 While each gamer immersed himself in virtual reality, the public could finally share the sensations of the game thanks to a High Definition projection on a 221cm diagonal screen, no more PC screens! 1st gray gamer screen for high definition and ambient light, on a very large 87 “screen and without visual fatigue thanks to the absence of blue ray of traditional TVs.

Surprise at the end of each game, when the screen folded down, finally allowing to take up 3 times less space on the wall, the gamers often have little room at home. Dreamhack: at last a screen without visual fatigue for gaming !

The folded screen, the icing on the cake, is hidden in a completely customizable painting, allowing peace of mind in the couples between technology and interior decoration… FrenchTechLoireValley’s innovation on the move!